A visit to Sandamuni Pagoda in Myanmar was always part of my travel itinerary. Situated at the southwest of Mandalay Hill, this breathtaking Buddhist stupa was commissioned by King Mindon Min in 1874.

It also contains an iron image of the Buddha cast by Bodawpaya in 1802, and removed from Amarapura by Mindon in 1874. The total weight of the statue is 18,563.2kg.

The golden chedi is the oldest structure on the grounds. It was constructed in 1874 by King Mindon Min on the site of his temporary Palace.

There are 1,774 shrines, each containing a single marble slab.

Keep aside a minimum of one hour for this pagoda and observe minutely how it has been built. Really a great spot for photography.

I am posting here few more images of Mandalay, where I spent four beautiful days. In my previous posts, I have already shared how you can enjoy this pretty city, which is full of vibrant pagodas. Just scroll down and search “Myanmar” on the site and you can find a lot of articles and photo essays.

Some of Mandalay’s best known pagodas are situated close to each other, which I was not aware of.

I hired a local guy to show me some of the well-known monuments in the area, but later on I realized that if I knew how to drive, I could have easily explored the place without any assistance.

One of the monuments, which we saw was Shwenandaw Monastery.

It’s impressive architectural beauty blew my mind. Built in 1878 by King Thibaw Min, this monastery is best known for its teak carvings of Buddhist myths.

The traditional Burmese architectural style is quite pervasive in the monastery, which is also known as Golden Palace Monastery, because it used to be a part of the Mandalay Royal Palace. 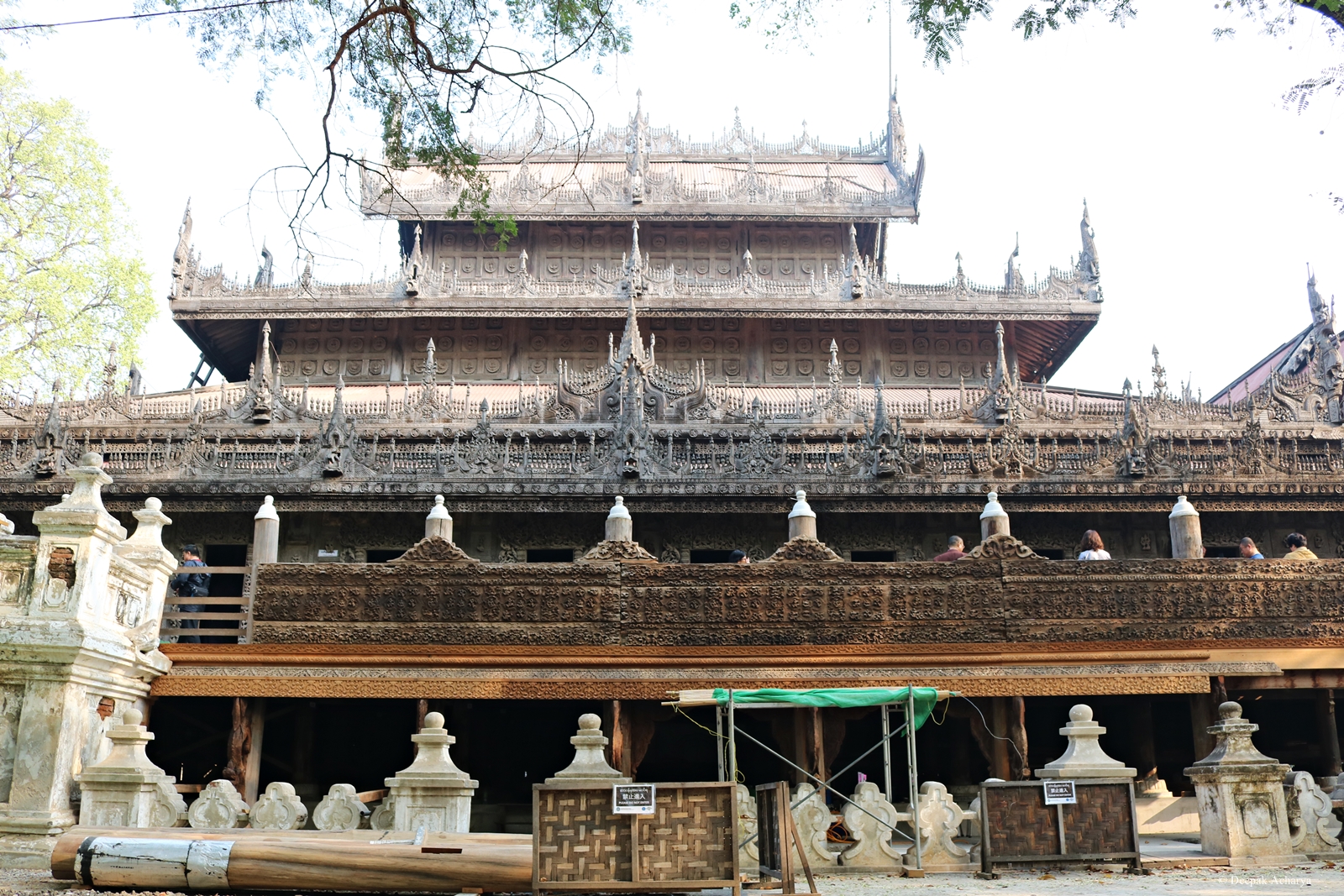 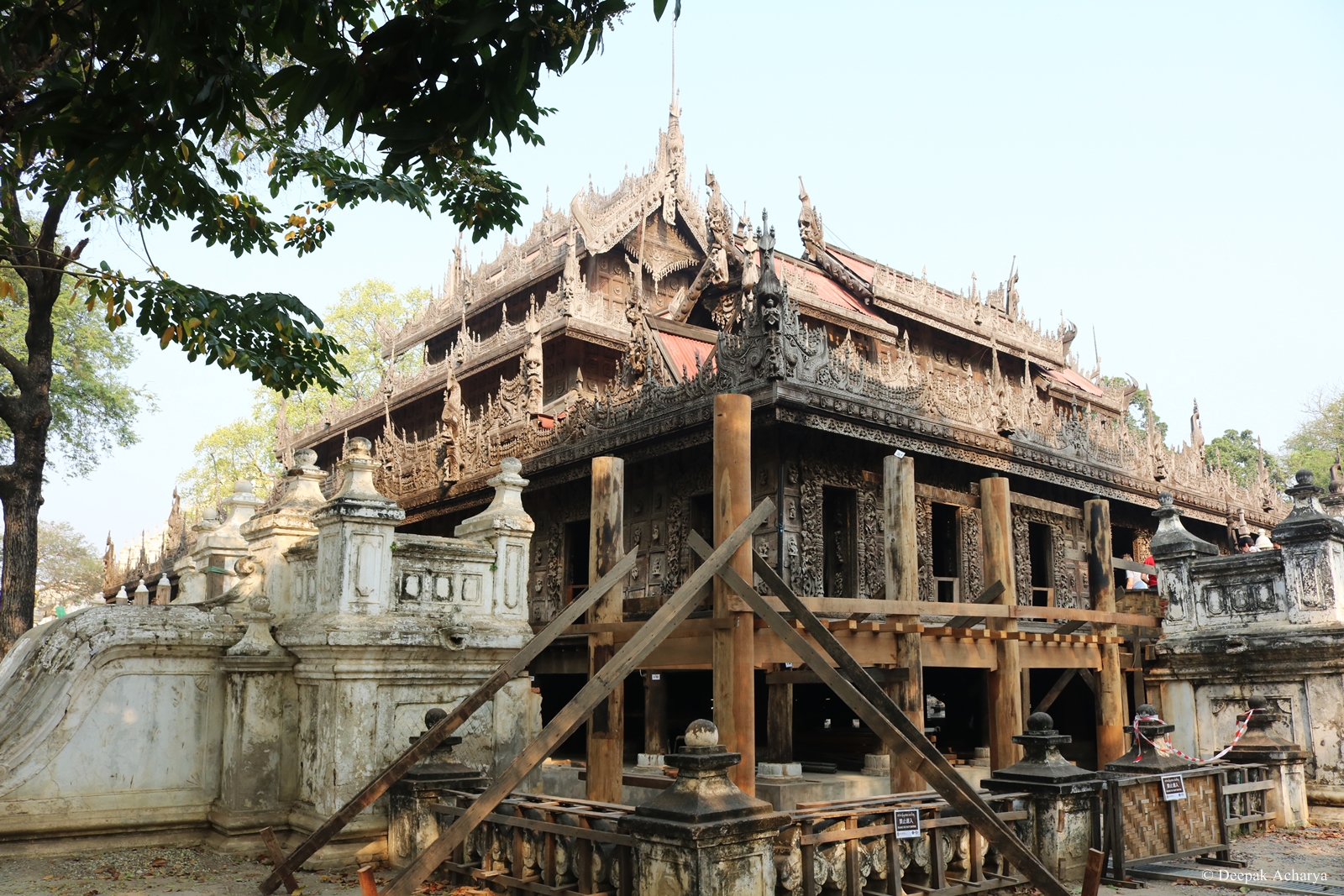 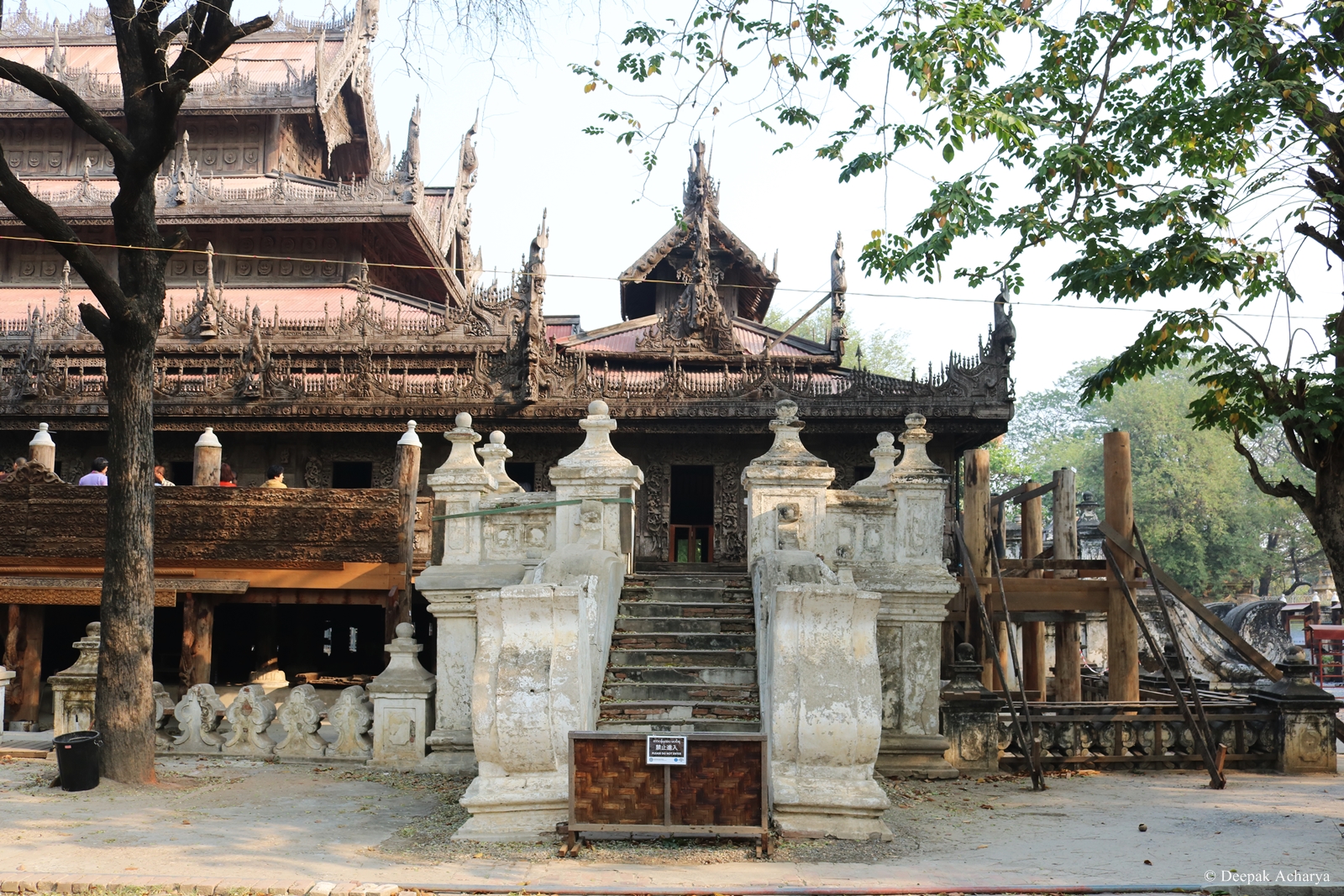 After Shwenandaw, we moved to Atumashi Monastery, which was built in 1857 by King Mindon at a cost of 500,000 rupees. 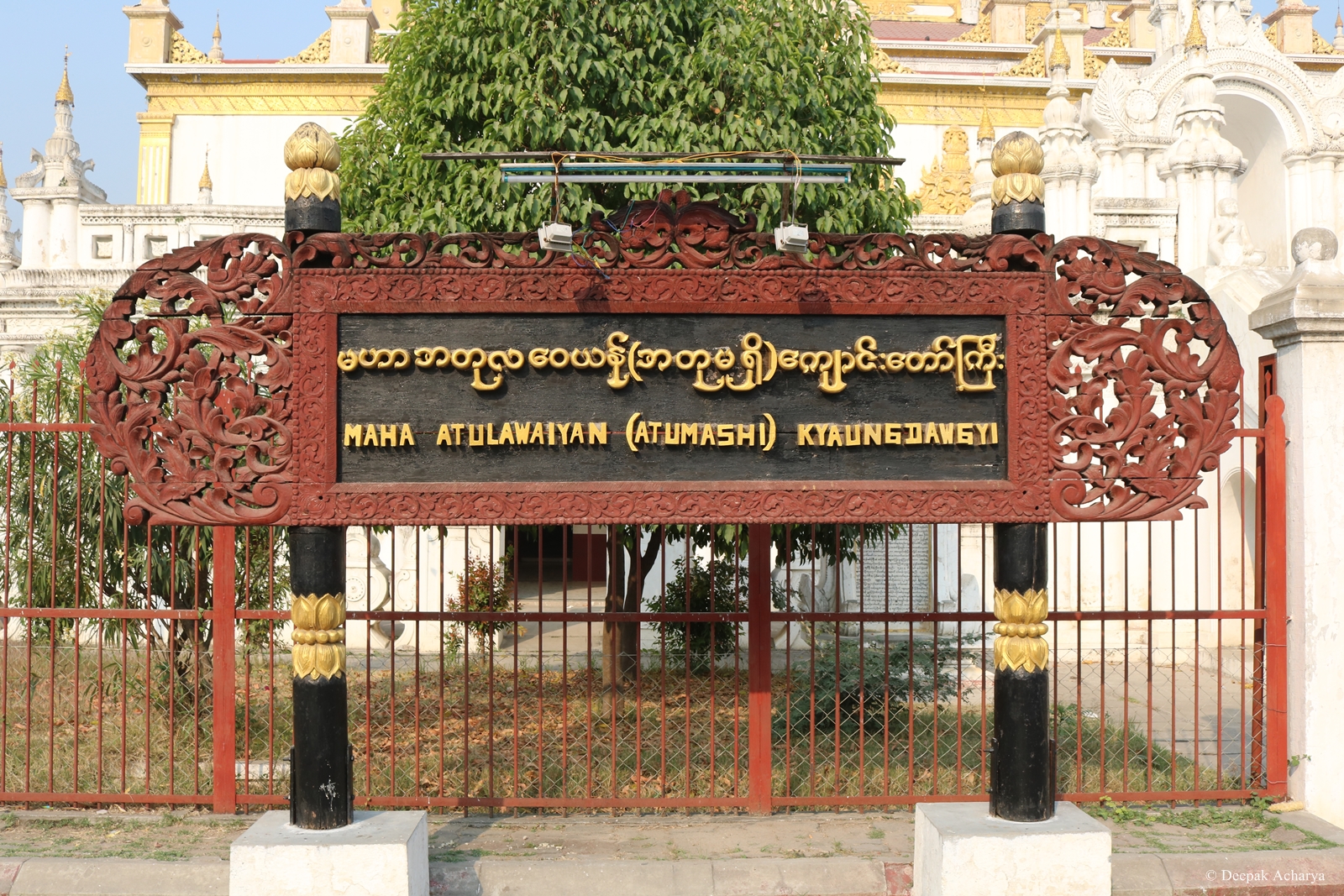 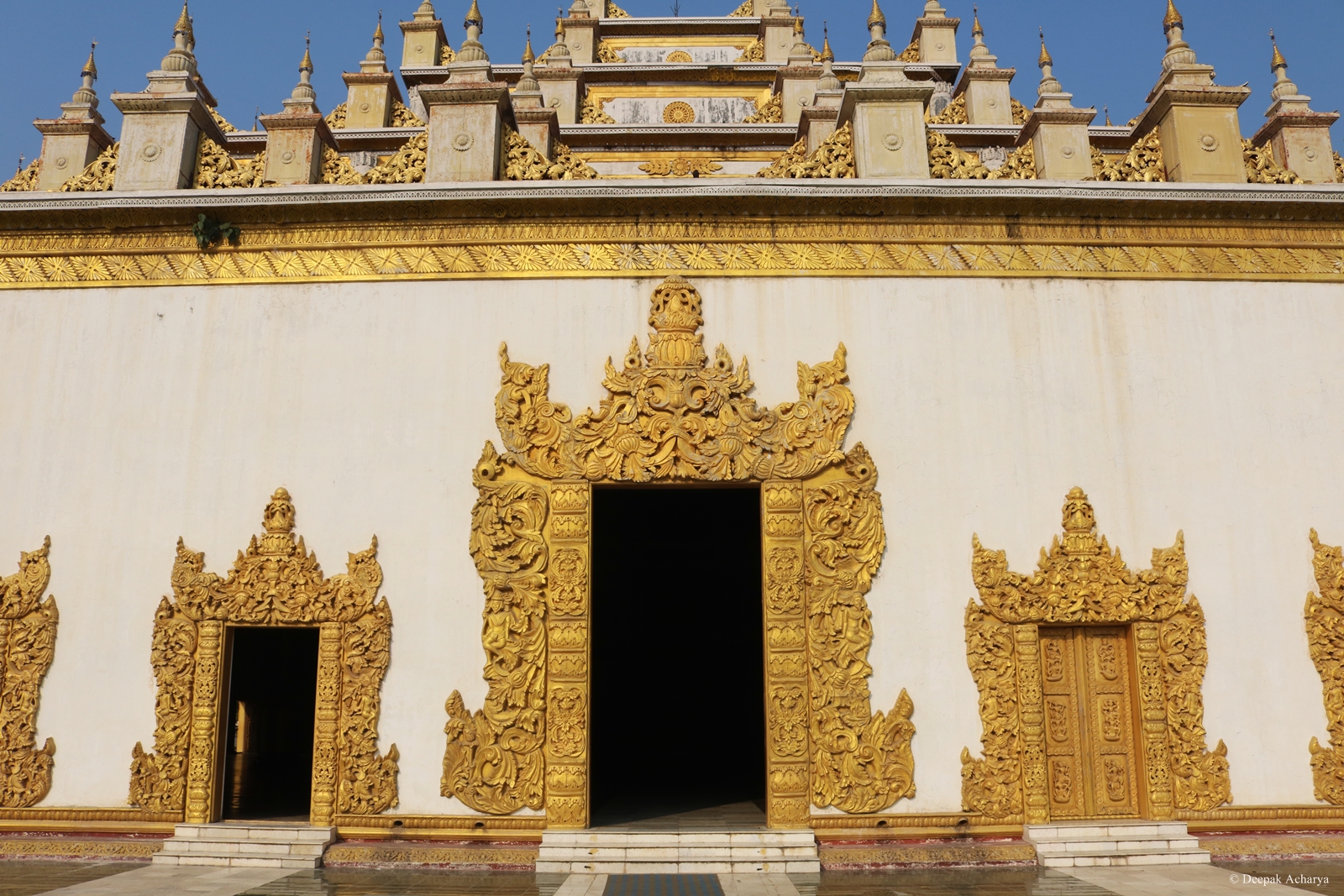 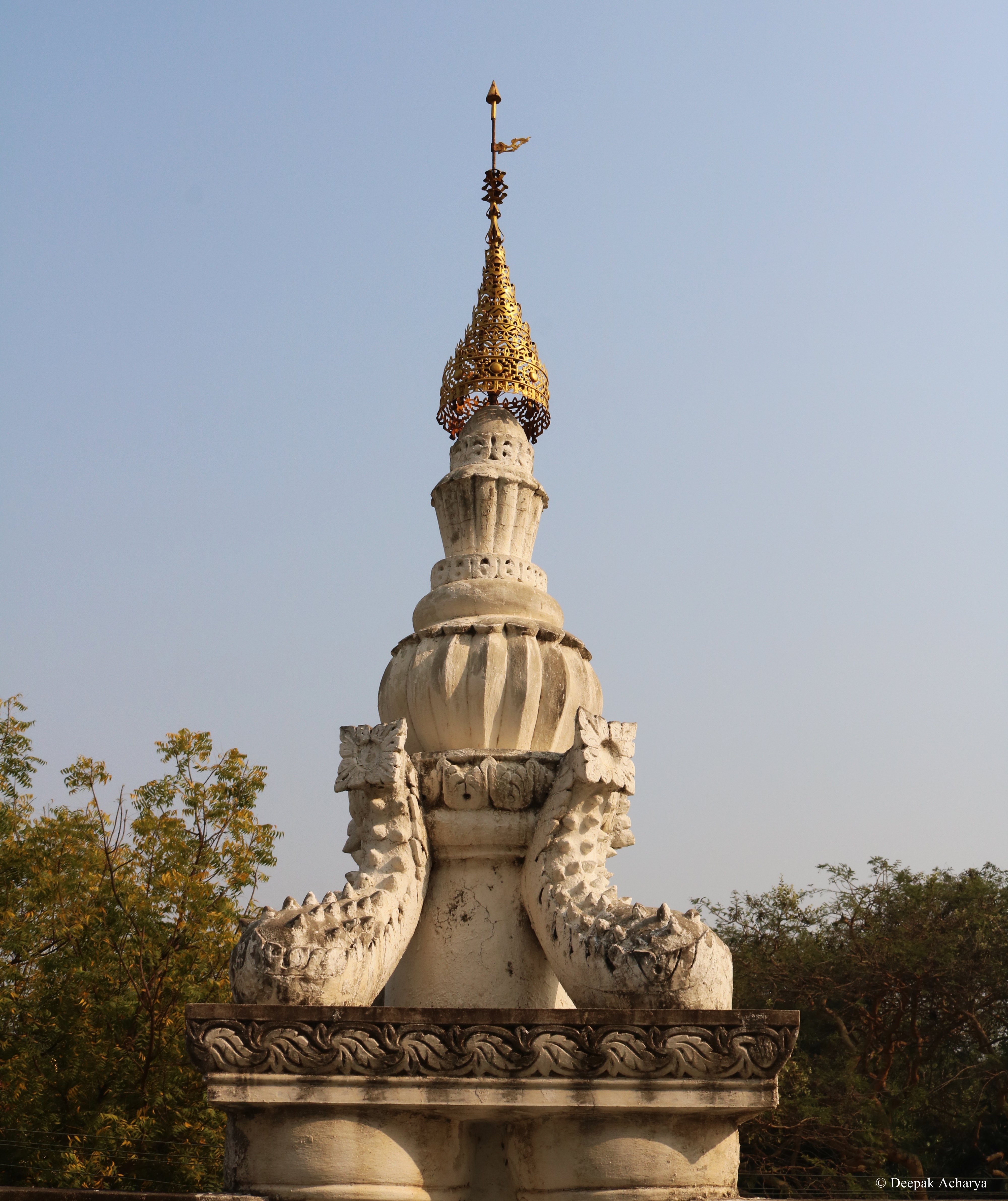 Considered to be one of Southeast Asia’s most impressive buildings, the monastery is surrounded by five graduated rectangular terraces.

The Atumashi Kyaung is located near the Kuthodaw Pagoda.

During my Mandalay sojourn I came across many interesting objects. Be it hotel or clock tower, they impressed me with their simplicity. Have you been to Mandalay ? I really liked the city, thank to its stunning pagodas, temples, monastery and local food. 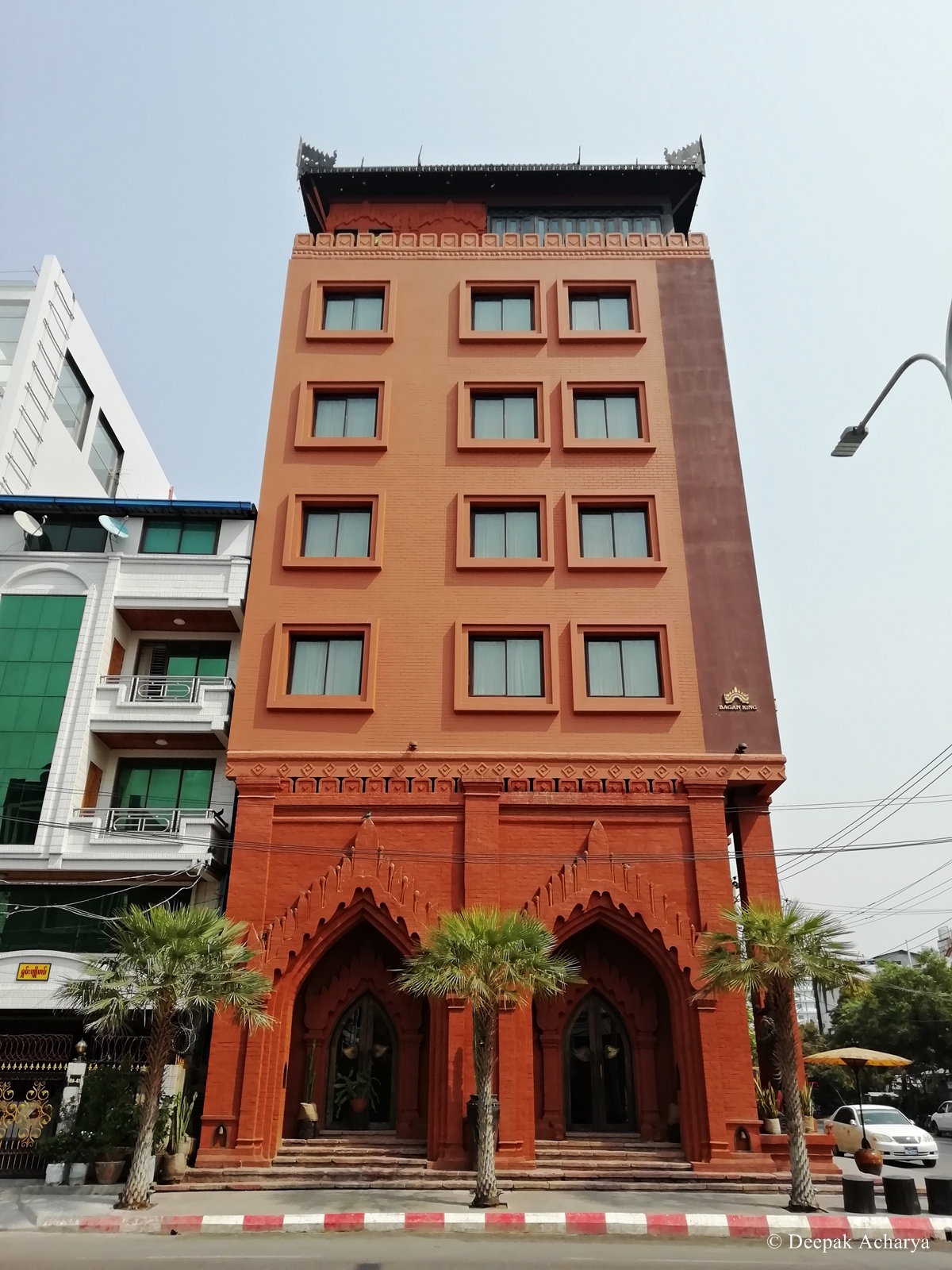 A simple yet pretty hotel in downtown Mandalay 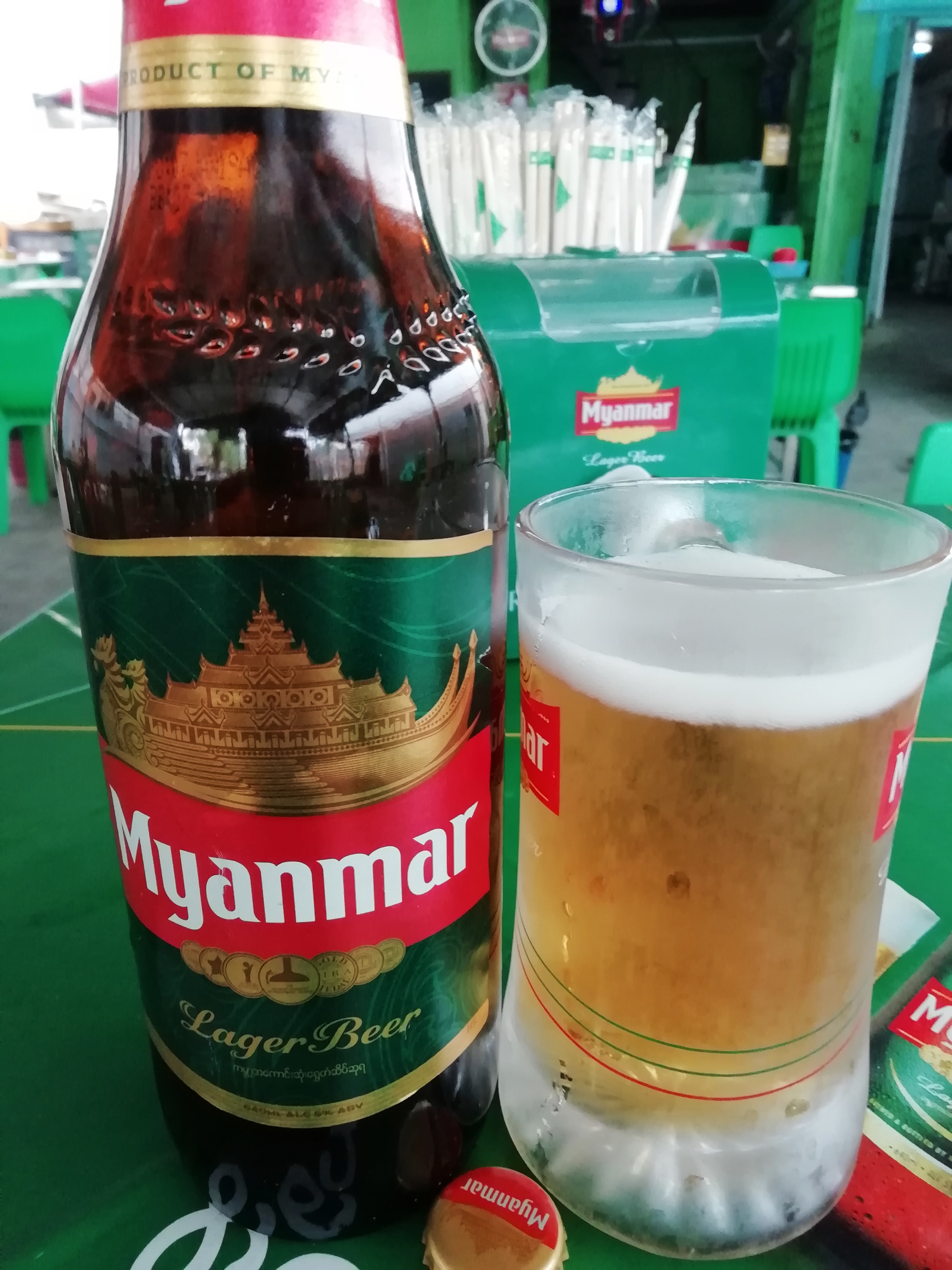 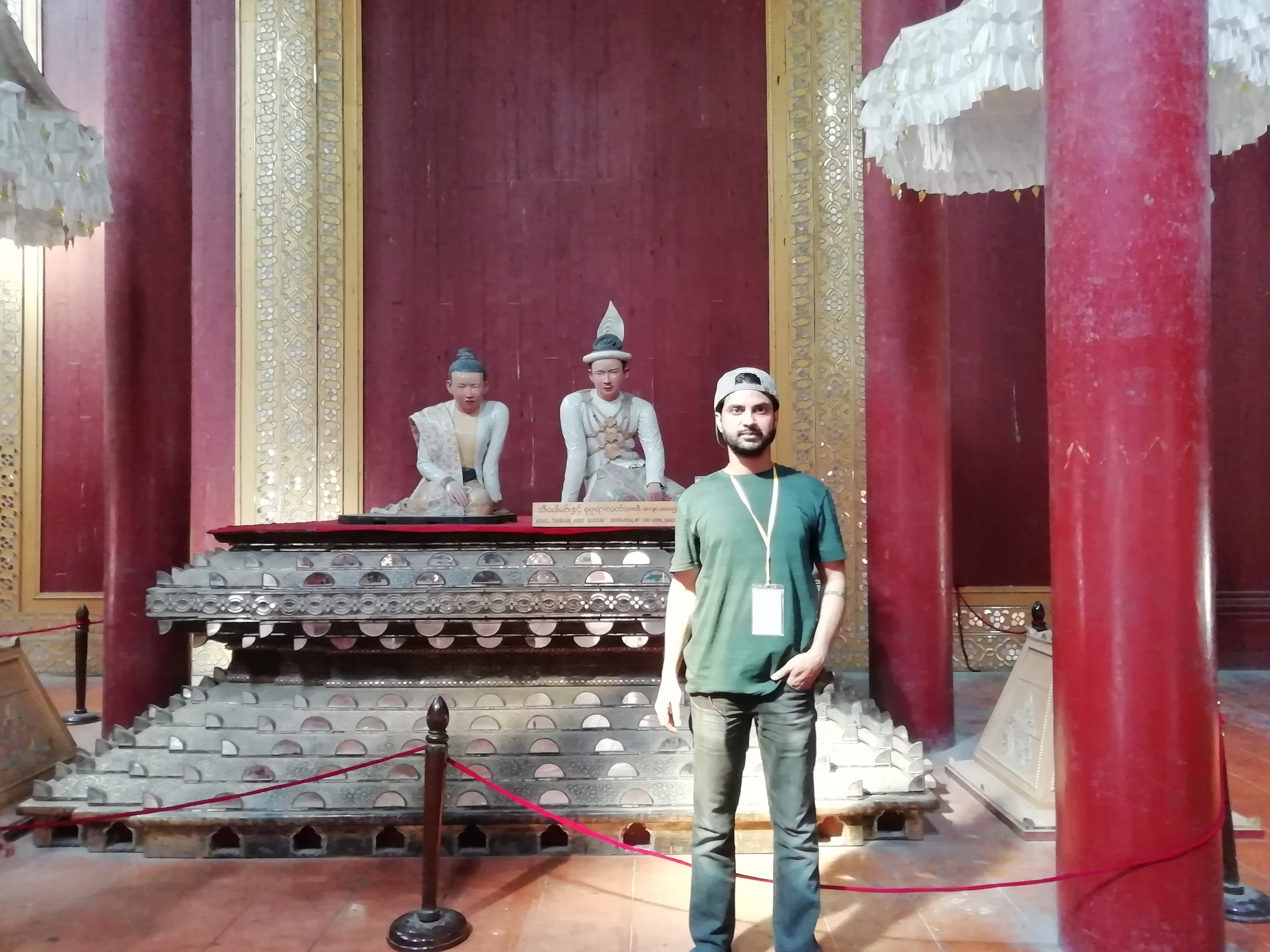 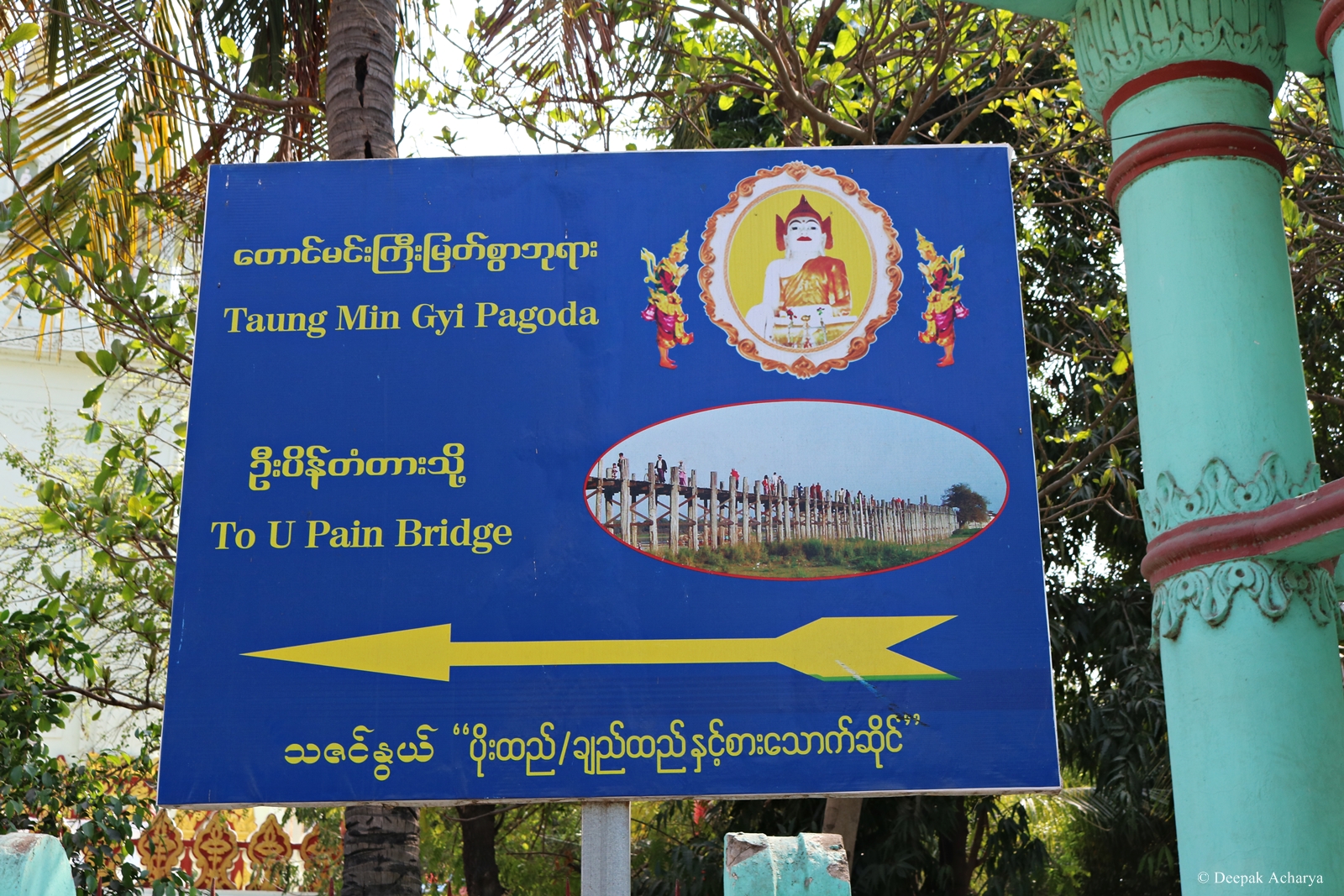 There are numerous things to see in Mandalay and its adjacent areas. During a short trip to Mandalay I decided to explore famous U Bein Bridge. Built around 1850, this 1.2 kilometer bridge is said to be the world’s oldest teakwood bridge. As this place becomes over-crowded during morning and evening, I decided a different time slot i.e 3-4pm. To my surprise, I still saw a lot of people on the bridge.

Surrounded by beautiful Taungthaman Lake near Amarapura, the foot bridge is named after the mayor who had built it.

Visiting this place during sunset and sunrise could be a serene experience, but I deliberately skipped it as I didn’t want to encounter with sea of people. One of my hostel mate told me how he could not even put his steps on the bridge in the evening due to massive crowd. Eventually, he left the place without fully exploring it. 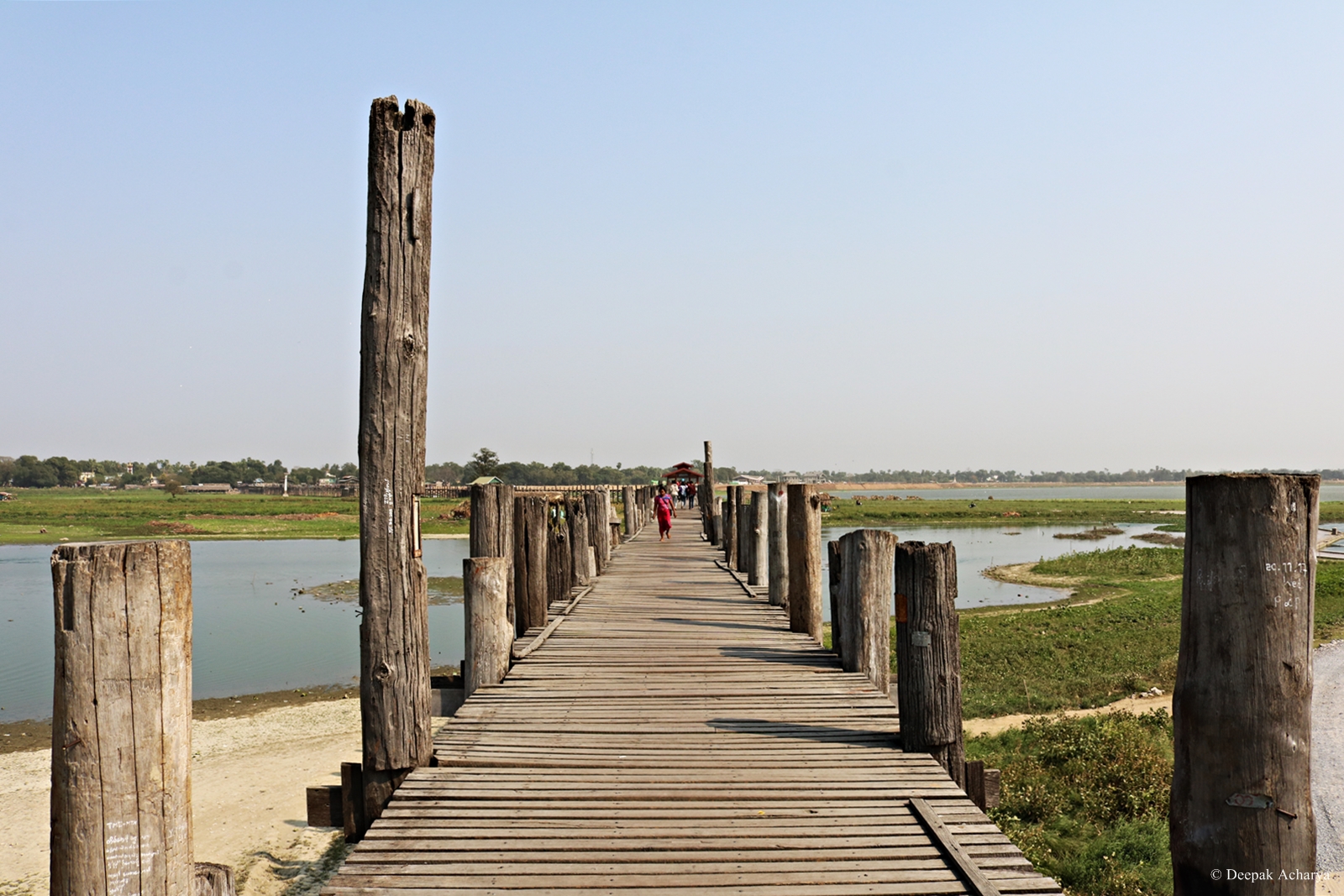 This place has peaceful atmosphere which I really liked. Make sure to include it in your itinerary when you visit Mandalay. Apart from the bridge, one can also explore nearby villages and temples. If you wish you can also take a boat ride in the lake.

How did I reach the place? : There are many ways to reach the bridge. You can either hire a taxi or motorbike taxi to reach this place. It is not faraway from the downtown Mandalay.

I used a pick up truck from 84th / 29th street intersection. It dropped me somewhere on the mainroad of Amarapura. I paid only Kyat1000. From there the bridge is approximately 4km. At one point, I thought of hitchhiking but later dropped the plan and decided to take a walk.

During a short trip to Myanmar’s Mandalay, I clicked hundreds of images. I reached Mandalay via Moreh-Tamu border. Soon, I will write more about my Mandalay sojourn. Till then enjoy my colorful snaps. 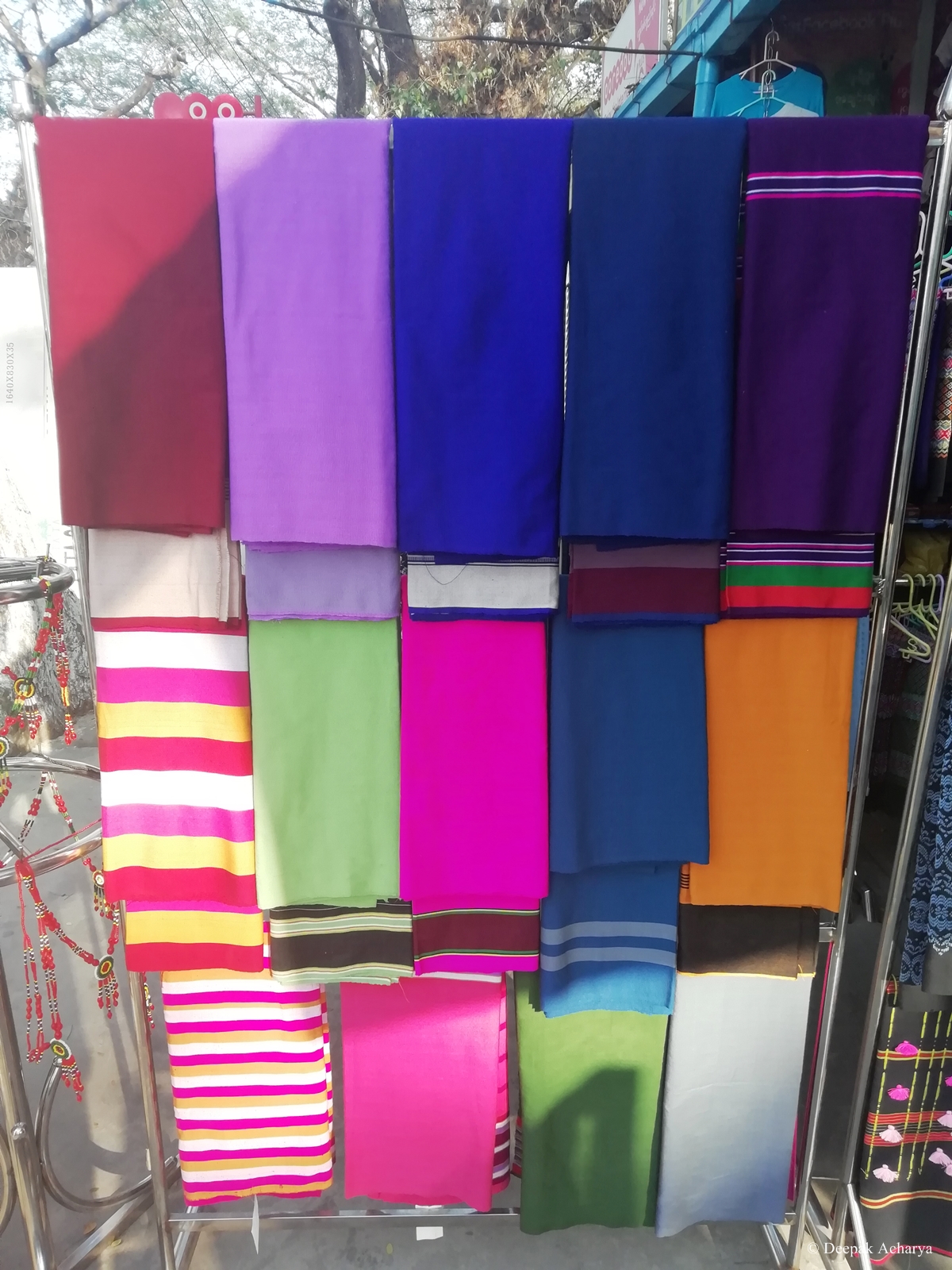 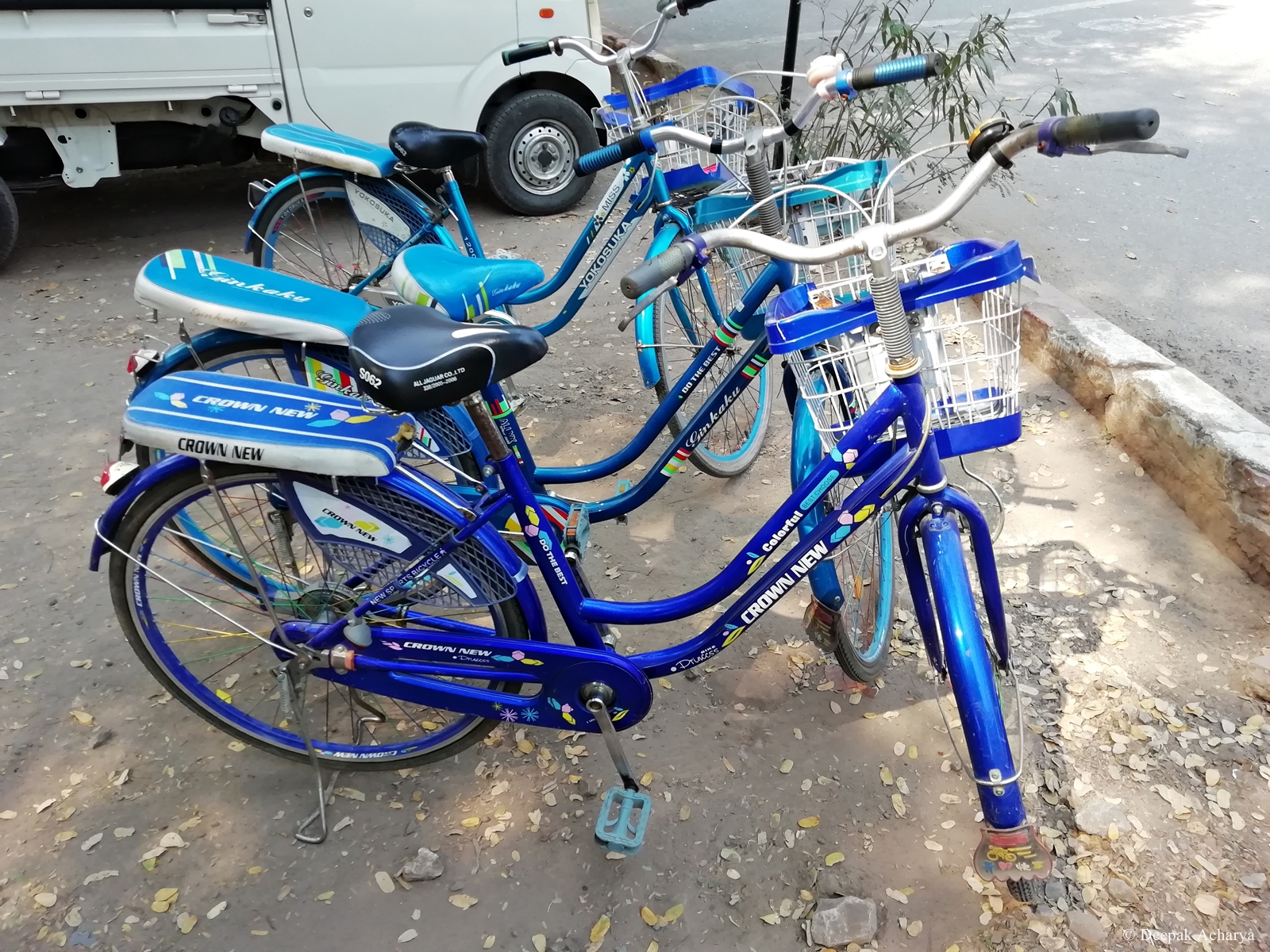 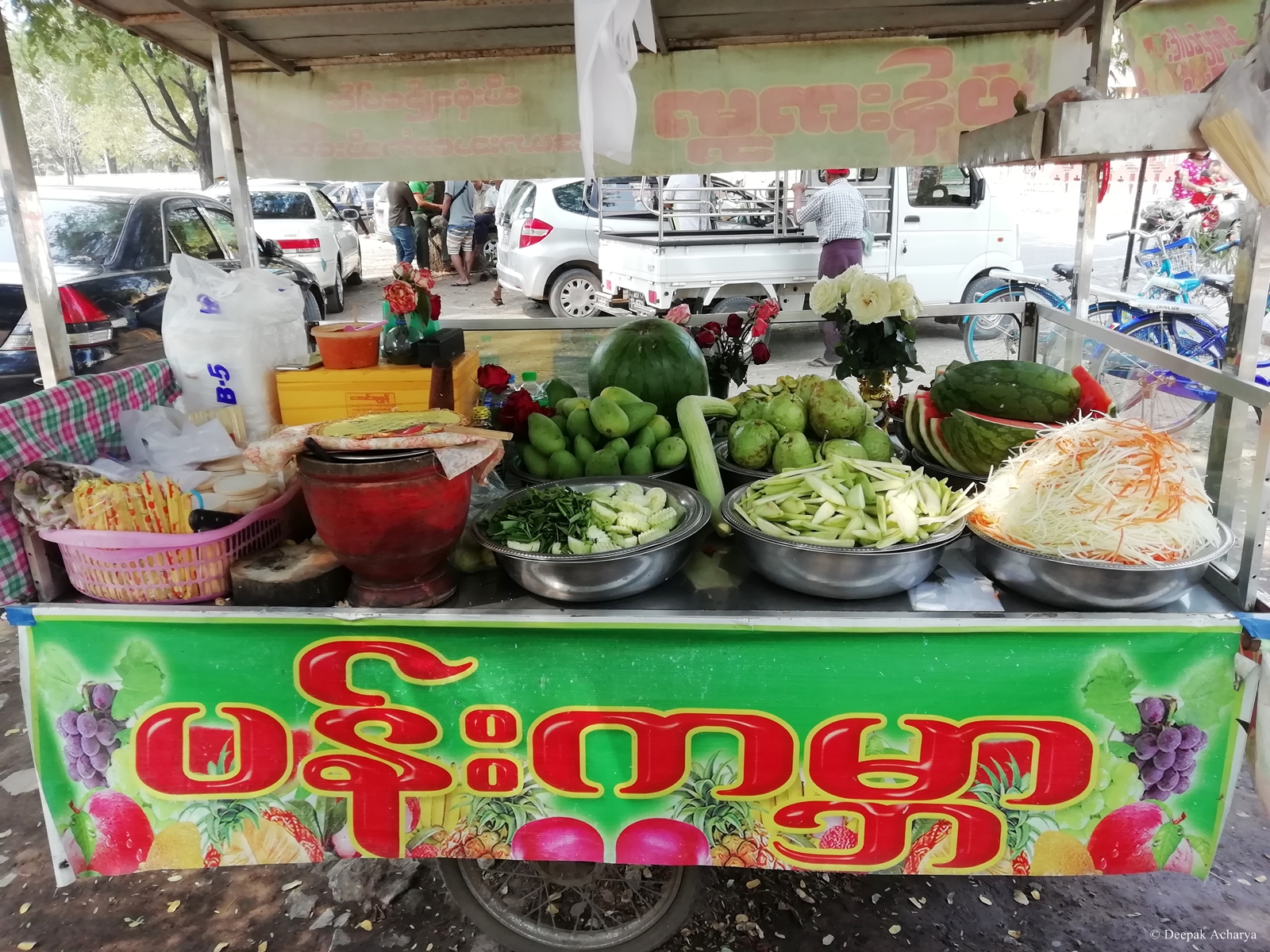 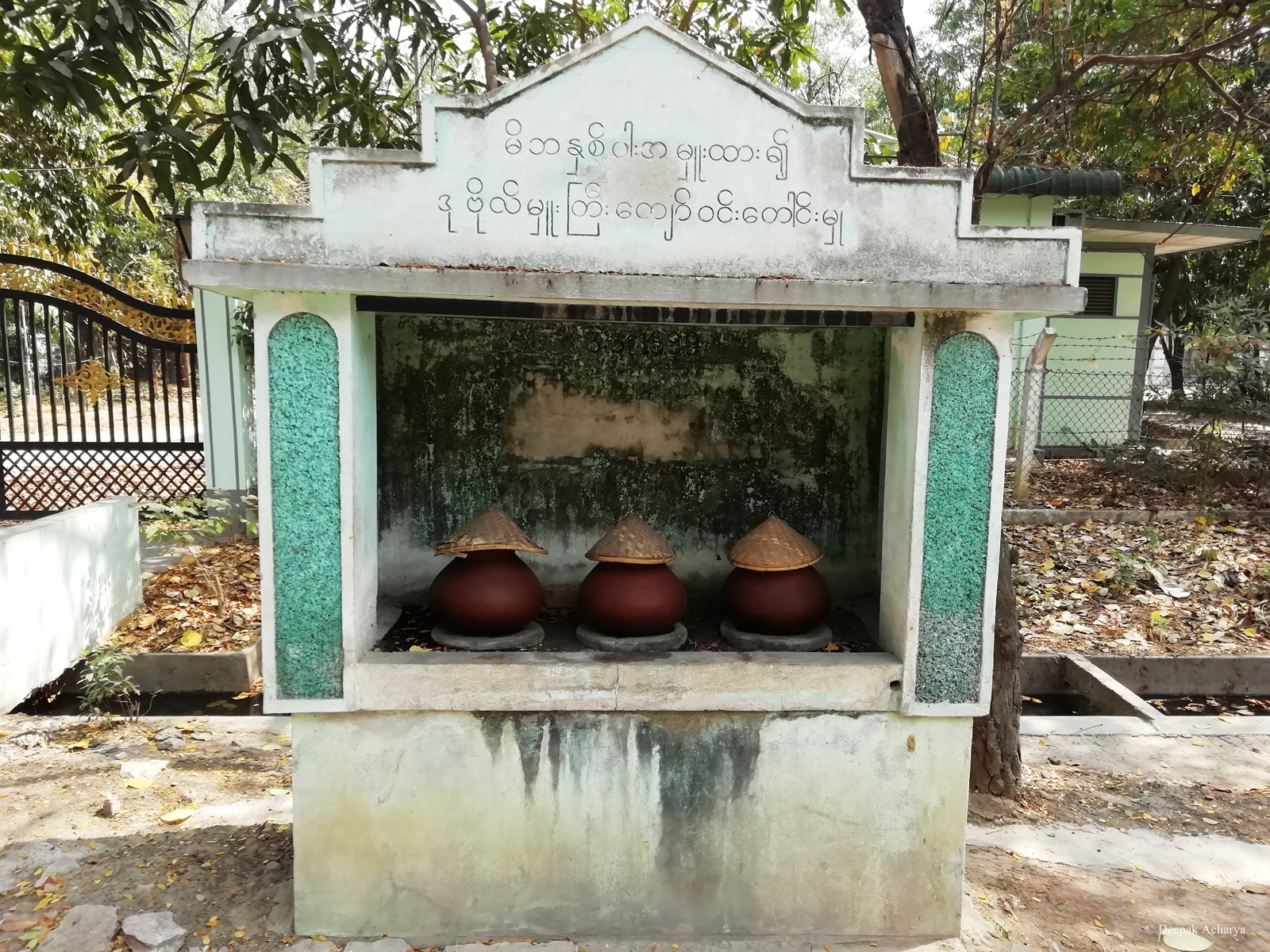